At The Metropolitan Room 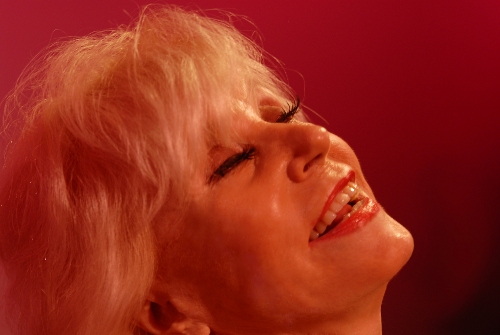 Tending her musical tribute with song as she moves forward from the 1968 student rebellion to the surprising funeral of President Mitterand.
Yvonne Constant was born on te left bank of Paris.  She began her career as a ballet dancer, but because of her comedic flair and charismatic personality, the other danceers urged her to become a musical comedy performer instead.
Yvonne was cast to play multiple roles for the Broadway production of "La Plume de Ma Tante" and won a special Tony award.  When she did "The Gay Life" with Barbara Cook, Yvonne got a New York Drama Critics Citation as one of the season's Most Promising Actresses.
Because of her quick wit, dynamic personality, and ability to do repartee, Johnny Carson had Yvonne on his show a record 45 times!  Richard Rodgers saw her on the Tonight Show and immediately chose her for a principal role in "No Strings".  After "No Strings" Yvonne was the French au pair in the Broadway Comedy, "Come Live with Me."
In the movies, Yvonne Constant is best remembered in Disney's "Monkeys, Go Home!" with Maurice Chevalier.  More recently, she played the French chanteuse, Annette is the television mini-series "Sins" with Joan Collins. All of Yvonne's movie performances are now available on DVD.
In addition, she has narrated or dubbed over 20 French movies including the much acclaimed, "Parfait", and was also the voice of Simone de Beauvoir.